Boyzone have announced their Forest Live debut this summer. In a continuation of the celebration of their ‘BZ20’ anniversary, Ronan, Keith, Shane & Mikey will be performing in four spectacular woodland locations as part of the Forestry Commission’s annual concert series. 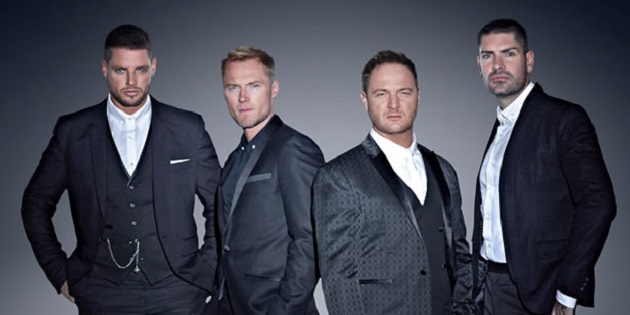 In November 1993 a bunch of young lads from the North side of Dublin infamously appeared on Ireland’s biggest TV show ‘The Late Late Show’ and the rest, as they say… is history. Twenty one singles, seven albums, twenty five million record sales, hundreds of gigs, millions of memories and twenty years later, Boyzone are still going strong. A phenomenal start to a musical career, they scored 16 consecutive top five singlessuch as ‘Love Me For A Reason’, ‘Father and Son’ and ‘Picture of You’ and the run included six number one’s ‘Words’, ‘A Different Beat’, ‘All That I Need’, ‘No Matter What’, ‘When The Going Gets Tough’ and ‘You Needed Me’.

Forest Live is an independent programme organised by the Forestry Commission bringing music to new audiences without commercial branding or sponsorship. Income generated from ticket sales is spent on improving the local forests for both people and wildlife. With everything required for a great night out, including full catering and bar facilities, the gigs are renowned for their relaxed atmosphere.

Commenting on the shows, Ronan Keating said, “We’re pleased to be part of the Forest Live tour this year for the first time. It’s going to be great to perform our hits in such beautiful locations”.