Ray Wilson founded the band Guaranteed Pure in the early 90s together with his brother Steve. In 1994 he became frontman of Stiltskin, which paved the way for him to replace Phil Collins in Genesis from 1996 to 1999. Afterwards, Ray has remained active as a solo artist, releasing several albums, the latest of which is ‘Song for a Friend’. The physical CD release is in the form of a sumptuous, multi-paged book, inviting you to browse and read the lyrics as you listen. 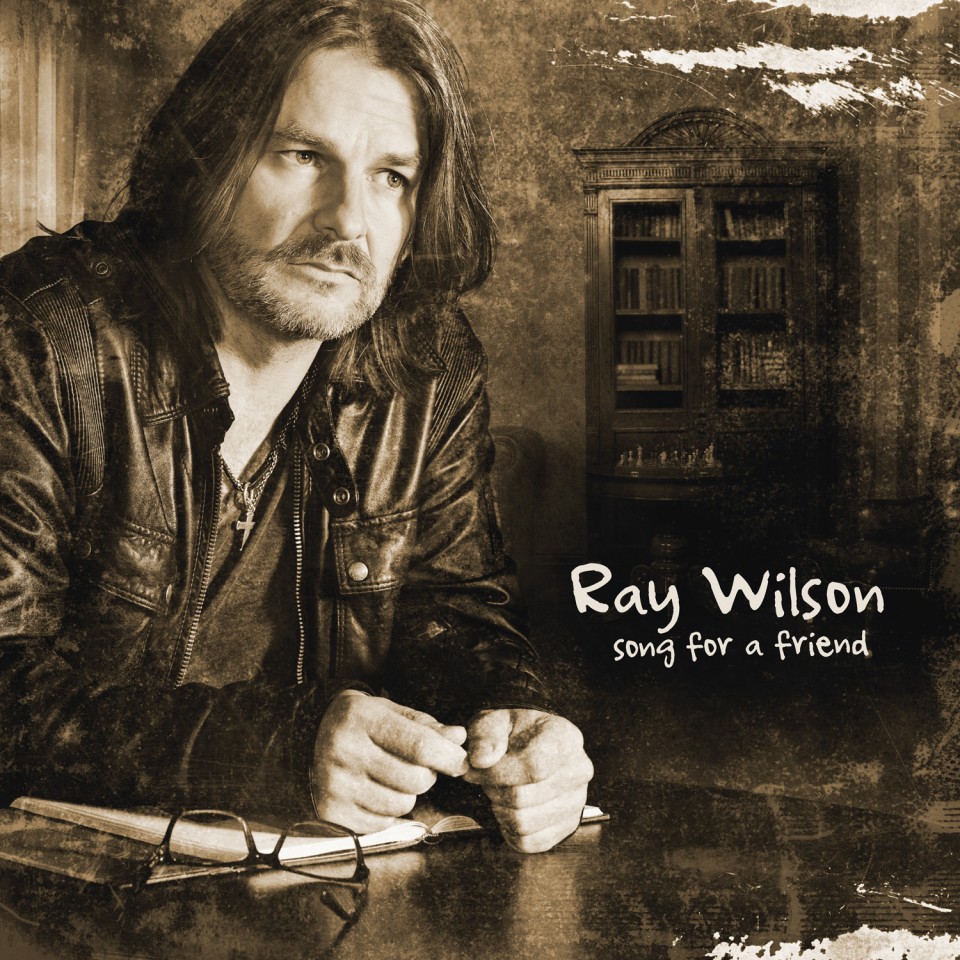 The opening track is ‘Old book on the shelf’, the title making clear why Ray chose to release the album in a vintage-looking book format. It opens with acoustic guitar, nicely mixed in the speakers, accompanied by soft details on cymbals. The first words that Ray sings are soft, almost gentle. He wrote this song after he had visited the Anne Frank house. He sings clearly, sometimes with a slightly hoarse voice. He sang this song during his live performance at De Bosuil venue in the Netherlands last April. The album version is a must-hear track, although the live version touched me more deeply, which says a lot about the live quality of Ray.

‘Over my dead body’ continues for a while at a steady pace and volume, the lyrics at this point are not particularly friendly. Without hatred or resentment he let pass a part of his life. The song builds towards a poowerful and slightly unexpected ending. Unpredictable, as life itself can be.

The title song has a quiet, yet catchy melody and rhythm , the music being nicely in balance with the lyrics. How nice it is to look back on a happy childhood. It is often harder to make a good song about a happy childhood then about a difficult one but Ray does it well. The final sung words leave you something to think about.

‘Tried and failed’ has a very different rhythm than the previous songs with more of a pop feel. I quickly start tapping to the beat, not a particularly complex one, but certainly a nice rhythm. Marcin Kajper ‘s saxophone contribution adds a little extra “something” that benefits the song and leaves me feeling this one could easily have lasted longer!

‘High hopes’ is a cover of a Pink Floyd song. Ray’s version doesn’t have the church bell during the intro, relying instead on slow high-register string voicings. Ray sings in a pretty low voice to create a nice contrast. This cover is instrumentally kept very basic, placing the emphasis more on the vocals. Ray’s voice has more depth and impact than the original version. Uwe Metzler plays a cool guitar solo and the final fade-out is very effective. This is very much Ray’s own interpretation of ‘High hopes’, deserving respect in its own right.

This is a gentle and quiet album, well recorded and presented, and one that certainly needs to grow, with beautiful lyrics inviting you to really listen and reflect. You will not get hit to the bone, taking instead a quietly insistent, accessible approach, never too heavy. A recommendation if you want to get -or want to stay- in a gently flowing frame of mind.