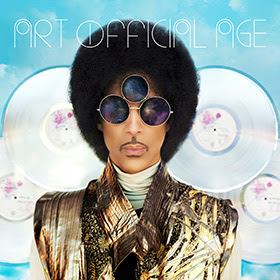 Both albums, which are sold separately, are now available for pre-order via digital retailers and from www.artofficialage.com. Early buyers will be able to unlock ‘instant grat’ tracks from each record.

ART OFFICIAL AGE is a classic Prince album, produced, arranged, composed and performed by Prince and Joshua Welton (@joshuaworld). Sonically the record is a contemporary concoction of soul, R&B and funk. The melodies are immediate and prominent as ever and Prince’s vocals are rich and solid, taking full advantage of his vocal range with decidedly, seductive lyrics.

PLECTRUMELECTRUM is a classic band record, with 3RDEYEGIRL which includes Prince, Donna Grantis (guitar), Hannah Ford Welton (drums) and Ida Nielsen (bass). Recorded live and in analog the album is an electrifying funk-rock statement. Many of the tracks from PLECTRUMELECTRUM were performed live on the ‘Hit & Run’ tours of the UK earlier this year – incendiary performances in a series of historic venues – which led The Guardian to declare “These are performances by one of the greatest funk-rock bands ever.”

The track-listings for ART OFFICIAL AGE and PLECTRUMELECTRUM are as follows: 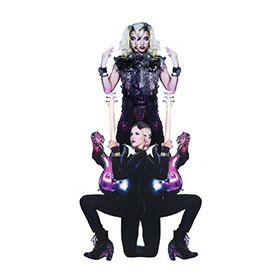