The Black Keys will embark on an extensive North American tour this fall. Promoted exclusively by Live Nation, the tour begins Sept. 5 in Columbus and runs through December, with dates at Toronto’s Air Canada Centre, Brooklyn’s Barclays Center and Nashville’s Bridgestone Arena, among others. See next pages for complete worldwide tour details. Pre-sale tickets will be available beginning Tuesday, May 13 at 10:00 a.m. local time to all fans pre-ordering the album at www.theblackkeys.com and to Citi® cardmembers in the U.S. through Citi’s Private Pass® Program (www.citiprivatepass.com). Tickets go on-sale to the general public starting Friday, May 16 at 10:00 a.m. local time.

The tour supports the duo’s highly anticipated new album, Turn Blue, which will be released May 13 on Nonesuch Records and is now streaming exclusively on iTunes. In celebration of the release, the band will return to Saturday Night Live for their third musical guest appearance this Saturday, May 10.

Produced by Danger Mouse, Dan Auerbach and Patrick Carney, Turn Blue comprises 11 new tracks, including the first single, “Fever,” which is currently #1 on AAA radio for the fourth straight week and #2 on Alternative radio. Additionally, the album’s title track recently premiered on Carney’s SiriusXM show, Serious Boredom, and can be heard here. Both songs are available as free instant downloads with album preorders at theblackkeys.com/turnblue; the LP, CD or digital version may also be ordered as part of ticket and T-shirt bundles at the band’s site. The songs are also on sale—alone or as free instant downloads with album preorders—on iTunes.

Turn Blue was recorded at Sunset Sound in Los Angeles during the summer of 2013 with additional recording done at the Key Club in Benton Harbor, MI and Auerbach’s Easy Eye Sound in Nashville in early 2014. Of the new album, the band says Turn Blue could refer to:
A: Suffocation
B: Sadness
C: Numbness from extreme cold
D: A Cleveland late night TV host from the 1960s named Ghoulardi
E: All of the above

Carney also adds, “We are always trying to push ourselves when we make a record—not repeat our previous work but not abandon it either. On this record, we let the songs breathe and explored moods, textures and sounds. We’re excited for the world to hear Turn Blue.” This is the eighth full-length album from the duo and follows 2011’s critically and commercially acclaimed El Camino, which is now certified RIAA Platinum. Internationally, El Camino is Gold in Belgium, Spain, Italy and Holland; Platinum in Ireland, France and the U.K.; and double Platinum in Australia, Canada and New Zealand. The record also resulted in three awards at the 55th annual Grammy Awards—Best Rock Performance, Best Rock Song, and Best Rock Album. The band now has a total of six Grammy Awards including three in 2010 for their breakout, RIAA Platinum album, Brothers. 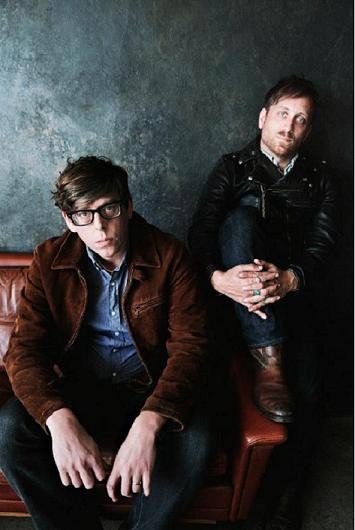