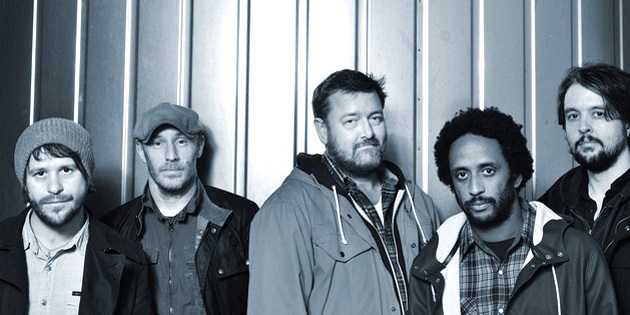 Elbow will be making a welcome return to North America in continued support of their sixth studio album The Take Off and Landing of Everything, which is due for release on March 11th in the US (Concord Music Group). On May 11th, the Manchester five-piece – and favorite to many – will be embarking on their nationwide tour in Washington, DC, and will wind up at the The Wiltern Theater in Los Angeles on May 28th.

Musically and lyrically The Take Off and Landing of Everything contains many familiar elements, with the early taster “Fly Boy Blue / Lunette'” that harks back to debut single “Newborn” in its step change melody and rhythmic shift mid song. Meanwhile, “New York Morning,” the band’s first official single from the album carries sentiments similar to the beautifully moving track “Scattered Black and Whites” taken from their debut album Asleep in the Back to the soaring ballad of “Open Arms” from their last release build a rocket boys!.

The Take Off and Landing of Everything was recorded in Peter Gabriel’s Real World Studios and at the band’s facilities at Blueprint Studios in Salford, England. As with previous albums, the million selling The Seldom Seen Kid and platinum follow up build a rocket boys!, it was produced by the band’s keyboardist Craig Potter.

‘The Take Off and Landing of Everything’ – Tracklisting